Can you quickly recall the most surprising, top branding and corporate identity design examples from the last year from some of your favorite brands? There is nothing hard and fast, but let’s just focus on ‘best company logos’ only.

For your ease of memory, we have chopped down some of the most popular & solid branding and identity design inspirations that you might don’t know yet. These mastermind inspirations will make everyone blow out of this universe for sure!

It was a few years back that the traditional Airbnb group decided to play something nice & new with their logo so, they rang up a famous design studio based in San Francisco and begged for some help.

The design studio gave them with a very realistic logo but superficially, a controversial debate point for both inside and out for the brand and fan-followers to talk about socially  and as happen with many worst and great logo design scenarios , after some time passed , its easy to look back and say ‘forget it ‘ or ‘I can recall it ”, Airbnb decision was right to move away from that out of trend  , scripty logo type into a more stylized icon “A.” 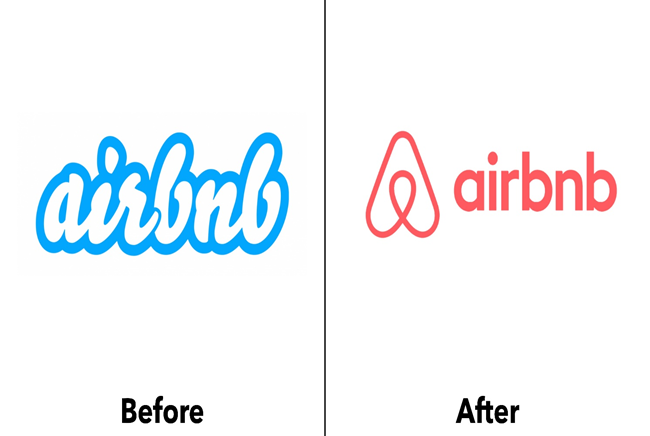 Spotify, the Swedish-based music station brand, has been remarkable throughout its journey of corporate logo design to inspire its storm of music-lovers,

Th original branding emerged with a non-native foreigner logo type dressed in a funky “O” lifted up, with radio wave lengths coming out of it. Unfortunately, the design didn’t much rock-on but the brand didn’t give up on this.

Later on, in 2013, it again underwent a more serious re-branding attempt with a design focusing on more 3-D green & white music impression but looked more’ fake’; this time.

Finally, in 2015, a brand consultancy group Collins took the challenge in their hands and design a unique logo design that was much refined than the 2013’s version, with a catchier color palette and green color texture highlighted all over successive use of duotone technique, gradient effects and pop art graphics that seriously knocked Spotify out of the park this time! 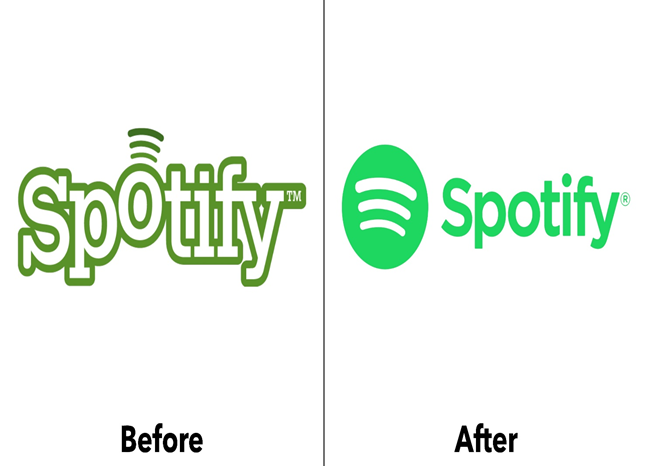 ‘Australian Open’ went through a re-branding attempt in the year 2016 by the most popular agency designers of Landor Australia. Very intelligently, the top logo designers tore away the ‘ex- logo design’ identity with a overhauling look, by eliminating all the visual references that made the logo more biased towards tennis players or tennis balls and simply, chopped it down to just a mark lettering ‘AO”.

They even more simplified the crossbars complexing the letter ‘A’ and applied the circles and delta shapes effects across all the other branding collateral’s. The end- product was a branding system that was lively , fun , energetic and bold with a stiff-free new logo identity. 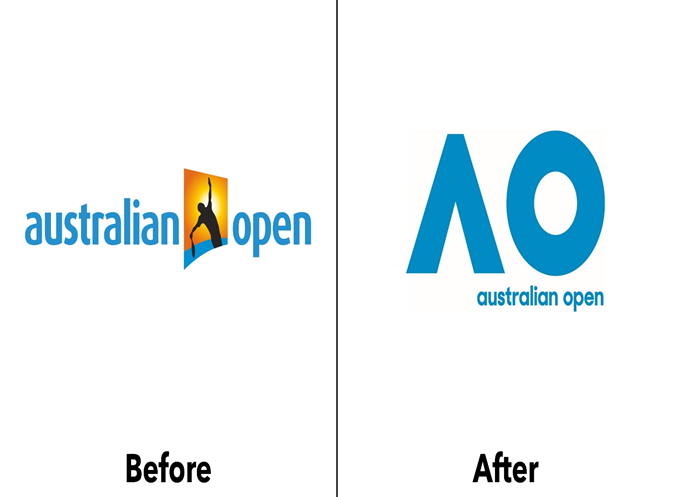 Melbourne got sued for its safe, simple and predictable city logo by its people for being so much city-listic ,i.e , embedded all in city logo things .

If you are having a nick labeling city that doesn’t mean to officially make this as a universal logo symbol to bore your people. The logo used to be a damn official- looking and visually serious symbol for its viewers. The brand luckily realized this and in 2009, it decided to knock out every cap of its ‘city’ label with a new identity system that can actually look energize and fantastic and they succeeded!

The new logo design is simply fabulous and a genius with positive changes for the branding of the city in three ways: Firstly, it portrayed the appealing culture of Melbourne. Secondly, it was a nut-shell for all of its past logos that existed so far and thirdly, it created a universal visual language to be recognized across every communications and marketing channel for maximum brand reach. 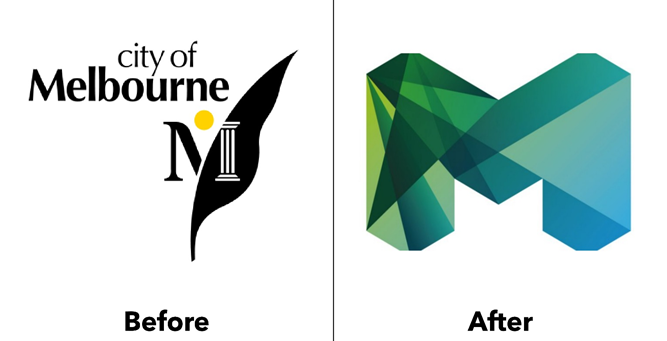 The recently released logo by the ‘Heart & Stroke’ foundation, is a master-piece of minimalism and digital reduction. Design courtesy goes to Pentagram’s famous Paula Scher, who trim-off a very officially, busy- looking logo piece into a distilled identity for perfect message delivery across its masses.

The stroke mark is now more neatly positioned under the curve of the’ heart ‘with the genius, compact typography that is snuggled to break-off the rules under the ‘stroke ‘. The Heart & Stroke logo symbol truly stands out and is ready to be nominated as a multi-functional logo inspiration for every industry new-comer to follow!! 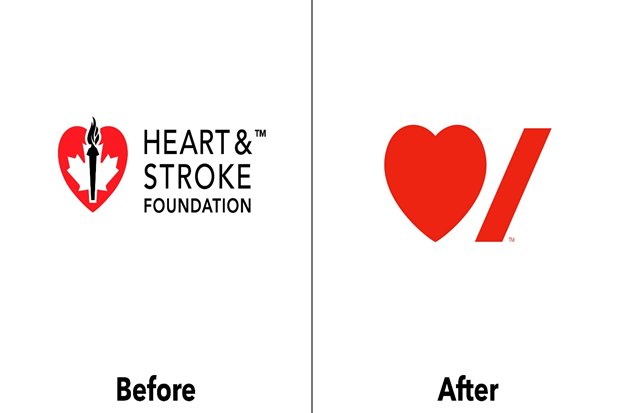 You may like, Amazing castles in Ireland to explore with Dominican citizenship by investment

How SMS Marketing Is An Important Technique For Businesses?

How to Detail A Car with Pressure Washer